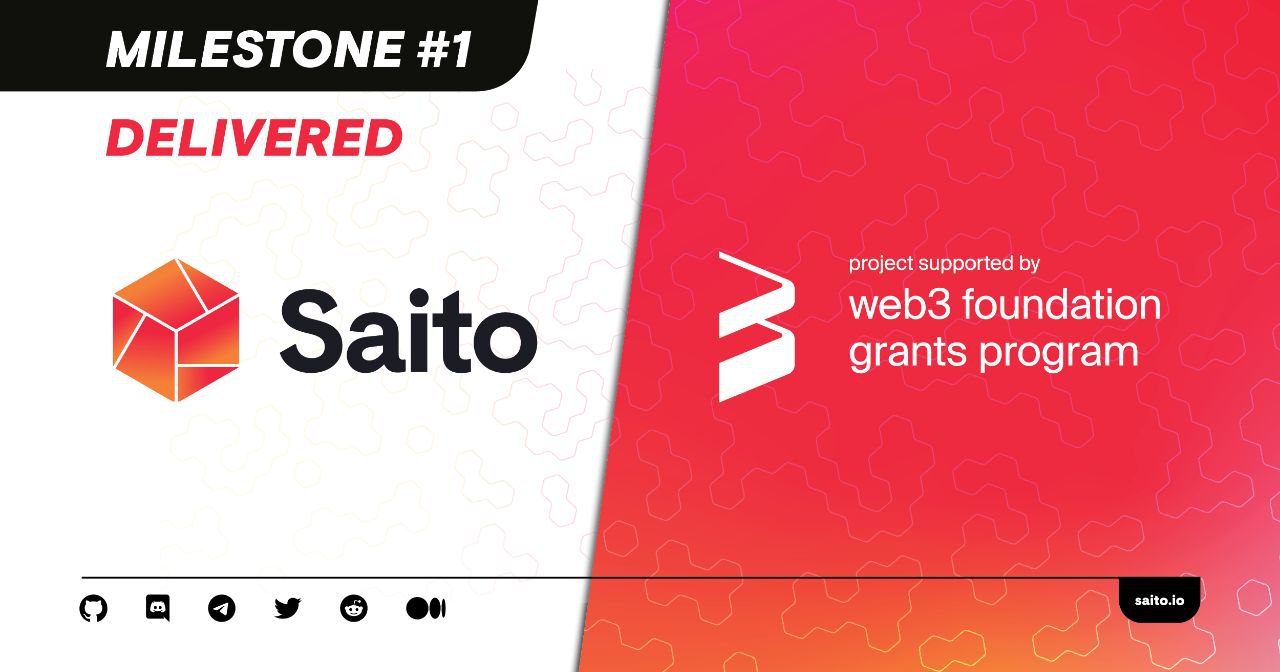 The Saito team are proud to announce that Milestone One of our web 3 foundation grant (Saito – Polkadot Game Bridge) has been delivered and approved.

This milestone brings Saito’s decentralized game engine to the broader web 3 community. The engine allows developers to build turn based games in a truly decentralised manner. It removes the need for a centralized, trusted, third party for complex game processes like card shuffles, dice rolls and turn management. This is achieved by implementing a standardized, blockchain-ready stack, and complex cryptographic techniques like mental poker.

Saito open-sourced the game engine that powers the Saito Arcade as part of our commitment to web 3. This commitment goes beyond gaming. Saito is an open network layer that delivers web 3 to users. Applications on Saito can run without closed plugins, private APIs and non-open infrastructure. The work done as part of this grant provides developers with a working example of how you use Saito to underpin their web 3 applications, keeping them open all the way to the infrastructure layer.

Work is well under way on the second and final milestone. This adds token transfer functionality, developer documentation and playable games.

Saito co-founder noted “We are grateful to the web3 foundation for their support in this and excited to show the community how Saito can provide open infrastructure to web 3 projects.”

Learn more about web3 foundation by visiting their website, and stay up to date with the latest developments by following them on Medium or Twitter.