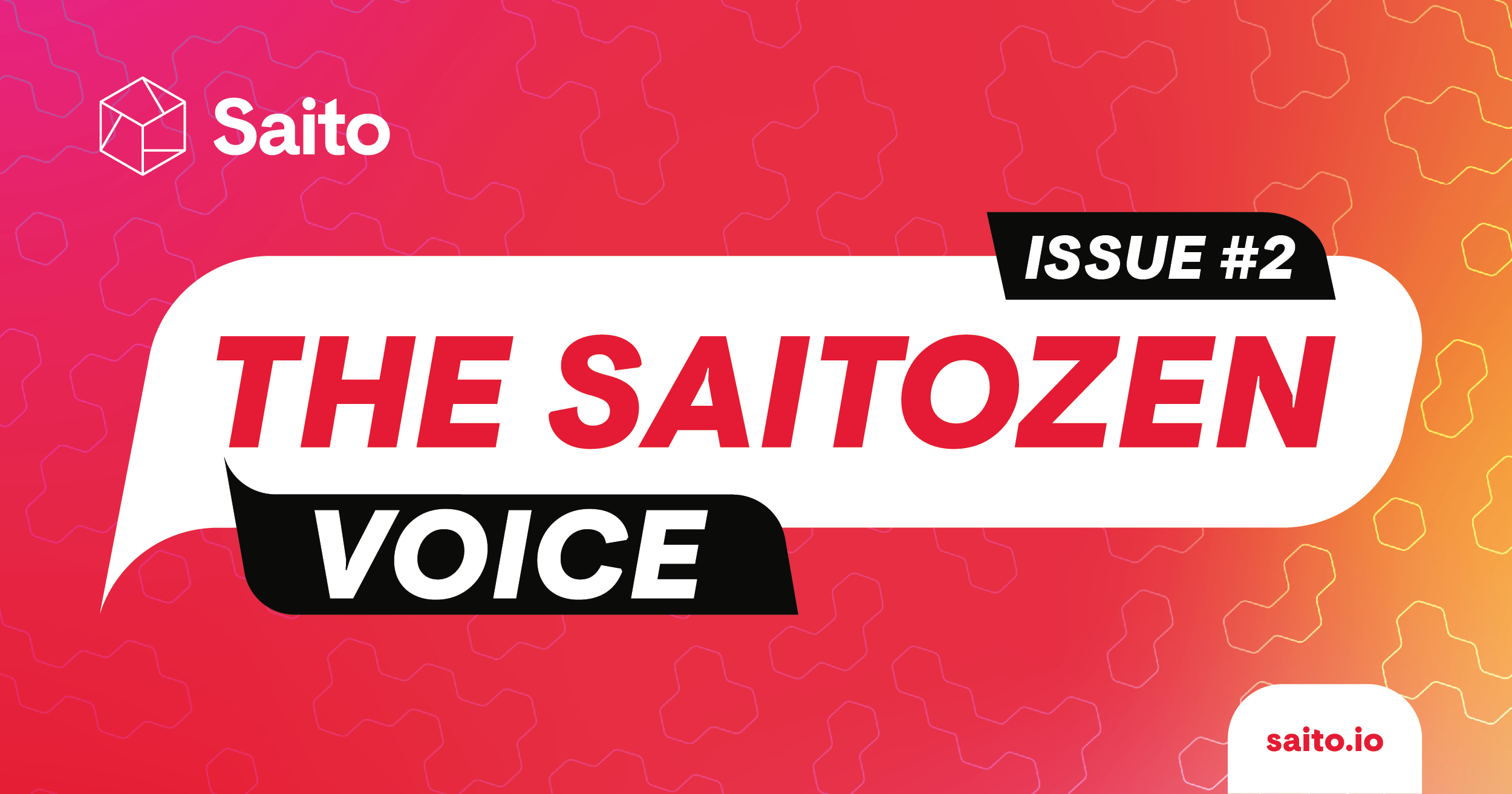 Welcome, Saitozens, the time has come again to review what’s being talked about in the Saito community and what inquiries you’ve all had. This time around we find ourselves following a theme: How does Saito compare to other blockchains? Let’s dive right in:

How is Saito differentiated from other competitors?

No one else is dealing with or thinking about blockchain in the same way as Saito. No other protocol has a similar consensus or has based their consensus on rethinking the economic problems at the foundation of blockchain technology.

It’s a real challenge getting computer-science and distributed systems community to see the problem as something created by openness and incentives.

The shortest answer is that Saito is not fundamentally broken. But this is a hard conversation because what is broken? Every other consensus mechanism requires people to act against their self-interest in order for the network to preserve its properties of openness and censorship-resistance. Volunteers have to run infrastructure, or companies have to do that and also resist the incentive to monetize data/transaction-flows, or users have to police network participants in ways that make them (users) worse off.

When you point out the incentive problems to POW / POS developers, they will typically respond, “of course companies will perform [unincentivized act] or the network will break.” They assume that this will force participants to cooperate. That the market will somehow coordinate behavior in ways that deliver the optimal (network survives) instead of suboptimal (bad things happen) solution.

The bulk of time in block processing is validating TX sigs, which is perfectly easy to run in parallel. With that said, TAAL already collects something like 80% of TX fees for BSV, once they are running the network as an internal database, they will have better ways to scale. The major scaling bottleneck is actually bandwidth.

If you’re technical enough to care about scaling, I’m sure you understand the implications of non-shared mempools for the speed of block propagation. XThin and other approaches stop working because you can’t send short references to the TXs-set in lieu of the full block, so block propagation times grow (unless you are free-riding and make your transactions with only the TXS that other miners have shared — which drives anyone altruistic bankrupt faster, but that’s an aside).

Do you envision storage blockchains taking on the burden of excess data storage as a potential route forward (which other chains may query for example?)

We can be agnostic about where off-chain storage happens. Am personally skeptical of storage blockchains because if the hosts aren’t paid to serve the content they won’t (another free-rider problem) but if I can’t give you access to my data that wipes out 99% of use cases and makes S3 a lot more competitive for the ones that remain.

Whatever people want though — open network and open software.

How do you compare the scalability of SAITO to these super-fast chains like Solana, Harmony, etc. in terms of potential raw performance?

Which is the better model?

The first question anyone designing a system that gets its scalability by paying for stuff should be asked is (1) who pays to collect the money needed to operate this, (2) are they sharing, and (3) if they are paying and sharing why should I pay too?

What’s happening is that people assume Bitcoin solved a fundamental problem with “decentralization” and are trying to scale that, when the actual economic problems were solved by reliance on a voluntarist P2P network (“from each according to their ability, to… the miners”).

How does Saito compare Saito to Constellation’s Dag and their Proof of Reputable Observation consensus?

A quick read about this PoR sound like will be affected for the same problem than PoS, in which people can just rent the stacks to manipulate the blockchain outcome, this one is based on “we let reputation serves as the incentive for both good behavior and block publication instead of digital coins, therefore no miners are needed.”

So you can just rent the “reputation” from those that has more power into the blockchain.

There are a lot of ways that Saito is different.

1. Does this pay for everything the network needs? (economic sufficiency)
2. Does it guarantee cost-of-attack?
3. Does it introduce closure?
4. Does it provide universal broadcast?
5. Does it rely on external markets (which ones)?

Just abstractly, something like a reputation system sounds great if you’re concerned about attackers outside your network breaking in and overwhelming your honest nodes — but they become a lot less attractive once you’ve got malicious incumbents leveraging them to keep honest nodes out or penalize them into poverty.

Regarding the ATR: How does implementing this also enable Saito to be interoperable with other chains (e.g., an asset is transferred from Karura to Saito, then after some time its respective block does not undergo the rebroadcasting due to not paying the network fees resulting in effective burning of that asset)? Is this the case or am I mistaken with how the ATR works?

I’d suggest thinking about the Lightning Network. When you make a payment to someone you are sending a signature to your counterparty that can be used to trigger a withdrawal of a certain amount. Once your counterparty receives that signature, they can make a withdrawal claim. A lot of interchain deposit / withdrawal activities are like this — the blockchain is being used as a broadcast / connecting network rather than a data-storage archive.

If people do want their data to remain accessible and on-chain, they can leave fees in the TX so it will stick around. But for most interchain stuff you don’t really move the tokens to Saito (where ATR might prune them). You juggle signatures that get invoked in various ways to withdraw.

Saito allows people to have really low fees in exchange for the responsibility of storing data themselves, or the certitude that their counterparty will check the network and receive the data before it slips offchain. They have the option of paying more to avoid this issue, but there’s no reason the blockchain needs to force everyone to pay a “forever-fee” when one or a couple of loops through the genesis period is enough.

The BTC/ETH/DOT tokens never leave their network. They just get locked up in multisig/script-controlled accounts which require cooperation from multiple keyholders to unlock. So ATR pruning never destroys off-chain assets.