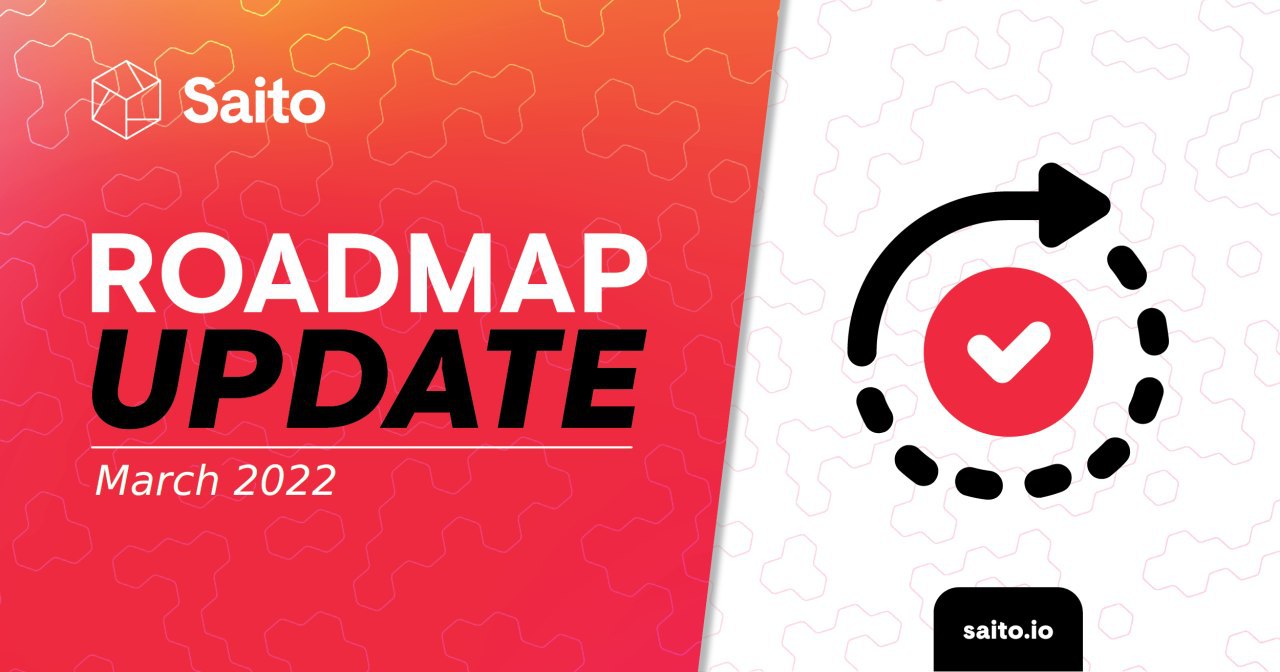 We are pleased to share news that three developers have joined our team over the last three months. This brings our development team to five staffers, not including Richard and David. It takes a few months for developers to get familiar enough with Saito to be highly productive, but the community should have already noticed an increase in the pace of activity.

The most significant technical update in the last quarter was our production network switching to the upgraded version of Saito Consensus that allows both Rust and Javascript clients to co-exist on the network. This was a major software release with significant improvements to core scalability.

Our team is back to refactoring and reiterating our Rust architecture as scheduled. Our goal with the Rust code at this point is improving its networking code and re-architecting its overall design to add support for WASM. The long-term goal with WASM is the ability to compile a optimized version of the Rust binary and embed it directly in user browsers, ultimately allowing us to replace much of our javascript stack and permit the development of applications in non-javascript programming languages.

Our next major “public release” will be the unveiling of a new website that will replace our current splash page. While we don’t want to tease unnecessarily, we’re happy to share that the new site has a more stylish appearance that reflects the elegance of what we are accomplishing in code.

Importantly, the new site includes a number of custom-produced videos and animations that we believe will help newcomers more quickly understand why Saito matters and how it works. As of this afternoon the site is basically finished in terms of structure. Our animators are still working on some of the custom animations for the new introductory video. Our target for launching the new site is April 12.

Once the new site is live we will be moving forward with the redesign of our interior application suites including the Saito Arcade. In the meantime, we will be releasing an exciting new game with a new level of polish and gameplay onto production servers later this week.

Within a month we expect to publicly launch our pilot web3 crypto-integration. We are likely to be “turning this on” on our testing and staging servers (note: we now have testing and staging servers) before shifting to production. Part of the work that is needed here is security reviews and handle UI/UX flows so that the process of joining Saito and funding the network is simple.

Our upcoming website will be accompanied by a new Saito Wiki that will combine educational materials, information on how people can contribute to the network and its various projects, information on community channels and materials, and supporting documentation for developers like an API Guide and application-building tutorials. The new Saito Wiki is expected to eventually replace our current backend site as the text-heavy partner to our new front-end webpage.

Our product lead Karl is the contact-point for suggestions around community and Arcade. He is still ironing out details about how exactly the edit-and-review process should work, as we will need to review suggested updates for security reasons, but the site is up and feedback is very welcome. Members of the community are already contributing to a community section and we are moving forward with community-development projects.

All the above should bring us roughly to the April 2022 vesting, which opens our final quarter of formal vesting. Once that is over, depending on any laggard issuances, that will help bring the network into the period of token stability and zero-inflation needed to move forward with the general roadmap.

As announced in our November Roadmap, in the months following this vesting as the market settles towards a stable token supply, the community can expect continued work on the Rust suite, with most progress visible in the online application suite and gaming network.

We have discussed our plans for this in previous roadmaps, so will just point the interested back there.

Thanks for reading, see you all on the Arcade!