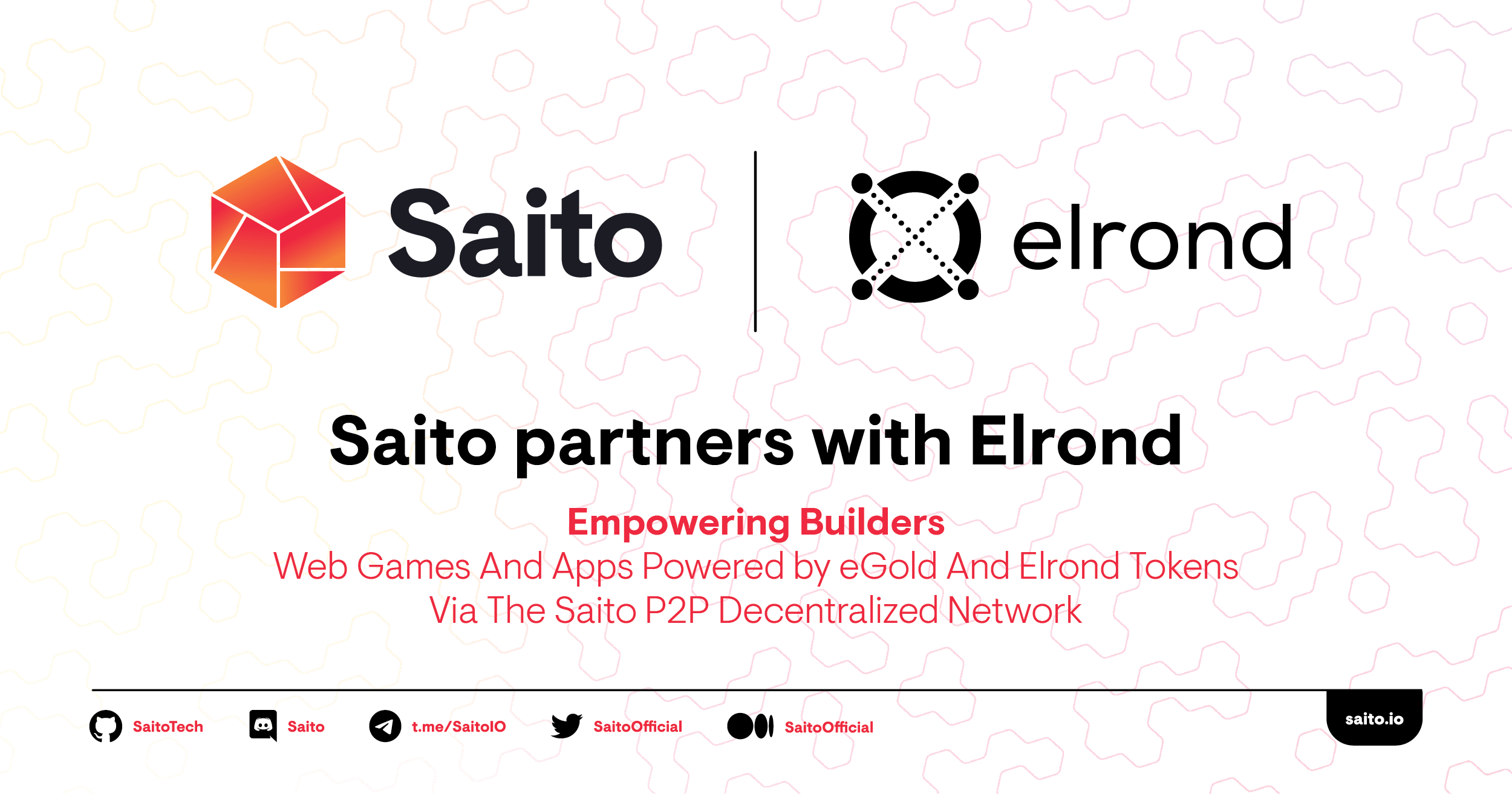 Elrond and Saito are excited to announce that they are collaborating to empower developers to use eGold and other tokens issued on the Elrond Network in web applications and games running on the Saito decentralized peer-to-peer network.

Saito is an open network that runs cryptocurrency applications in browsers without plugins, private APIs, and non-open infrastructure.

The collaboration will focus on making the two networks interoperable, so that Saito developers and users can add eGold and Elrond ESDT tokens as the currency fueling their applications and games including the popular Saito Arcade.

“There is a great match between our two networks in terms of speed, scalability, and efficiency. Perhaps more importantly, the Elrond community is extremely active and we think that kind of audience will be a strong incentive for our users to integrate eGold and other Elrond assets into their apps.” said Richard Parris, Co-founder at Saito.

Saito is an open network layer that delivers web3 to users. Applications on Saito can run without closed plugins, private APIs and non-open infrastructure. Saito runs without an owner while funding the nodes that provide routing and user infrastructure for its own network and other public blockchains. All this is powered by an entirely new blockchain design — Saito consensus.